I love old movies. I should love classic old movies, but, really, if it’s old and terrible and out-of-copyright, I go “Yes. That is what I’m going to watch today.”

Seriously, you should see my TiVo. I keep going through the listings for Talking Pictures TV and hitting the “Record” button over and over again. Not that I’ve watched all of them yet, but, y’know, I have them. That counts, right?

I also really love the Cult Cinema Classics channel on YouTube. Honestly, one day I should just wake up early and spend all day watching films on that channel.

Here is a list of films I’ve found on the Internet Archive. I stuck with actual films rather than the other weird stuff I love to find on there, like public safety films, old public-access shows, trailers, ads, etc. Nope, real films this time.

A troubled young man discovers that murder can make him into an acclaimed beatnik artist. It makes fun of beatniks, it makes fun of the art world, and it’s just a treat.

Do you want lingering dread, uneasy imagery, and a film that obviously influenced David Lynch? Carnival of Souls is all that and more.

The song over the opening credits is much much better than the rest of the film deserves, but it’s still a lovely little nasty horror film with plenty of great and funny moments.

What honestly can be said about Night of the Living Dead that hasn’t already been said? This really is a classic. It gave us everything. And the ending is still a sucker punch.

Honestly, I just want to get out a projector and have this running nonstop across any large blank surface I can find. The sides of houses. Hangars. Hell, even the White Cliffs of Dover. It’s just so beautiful and imaginative.

Do you like Tim Burton? Now you can see where he gets it all from. And enjoy a much better story than some of his later work.

Another wonderful German silent film, the creeping shadow of Nosferatu has been so influential over so much created afterwards, and it still works so well after all these years.

Strange and wonderful, Häxan makes itself out to be a scholarly study of witchcraft, while also keeping everything lurid enough to keep your attention. I really loved the combination, and I love the tinting on this version.

A mix between noir and black black comedy, Scarlet Street totally changed my mind about Edward G. Robinson’s acting. All the imitations of him had convinced me he could only play tough gangsters, but he blew me away as this ill-fated milksop.

Beautiful to watch, it’s not the darkest of noir, but it has Barbara Stanwyck looking amazing and I’d say it’s Kirk Douglas playing against type, but this was so early in his career I suppose it’s just experimenting with his type.

Another film where the song over the opening credits is so much better than the film, but definitely a movie so terrible that you have to watch it every Christmas. I first saw the MST3K version, but I’ve grown rather fond of making my own terrible commentary.

I adore how terrible this film is. How it tries to be a serious science fiction suspense film, but has appalling dialogue and terrible direction and bad acting and everything comes together to just be so bad. It’s pretty racy, so I wouldn’t show it to the kids, but if you’re having a drunken movie night, it’s totally the best.

Another movie that is absolutely ideal for drunken movie nights, this Turkish film wants to be a space epic, but with pirated scenes, stolen sound effects, terrible props, and a plot that still makes no sense, it is, instead, a wonder of cinematic history. You might have heard of it titled Turkish Star Wars, which makes sense, since like a good 10% of it is just Star Wars clips. 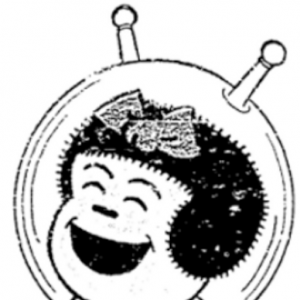